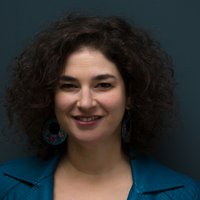 Barbara Wiernik (1974) was 18 years old when she entered the Jazz Studio in Antwerp. After two years she decided to follow her teacher David Linx at the Koninklijk Conservatorium van Brussel (KCB), from where she graduated with distinction 5 years later. During this period, she also benefited from the teaching of her mentor Norma Winstone in the United Kingdom.

In 1999, she left for India for the first time to follow a first training in traditional Hindustani and Carnatic singing, which will give a special touch to her different repertoires.

In 2000, after 7 years of intense collaboration, she released her first album in duet with Jozef Dumoulin. Then came different projects and albums as leader or co-leader: “Soul of Butterflies” in which one will hear mainly her own compositions and lyrics, “PiWiZ” around the compositions of Pirly Zurstrassen, “WRaP!” around the music of Alain Pierre with whom she has been collaborating closely for several years.

In addition to the projects in which she is "sidewoman", it is in 2016 that she released her album "Complicity" with the Italian pianist Nicola Andrioli and which will be a great success. Her latest project “ELLIPSE”, in which she surrounds herself with wonderful musicians will be released very soon around a first album.

Barbara never stops training (Circle Songs, singing and carnatic rhythms, various vocal formations...) because learning and transmitting everything that revolves around the voice is more enthusiastic than anything else.

She has been teaching for about fifteen years in different Royal Conservatories of Belgium, in jazz singing and vocal improvisation workshops in Belgium and all over the world. Since 2020, she is engaged at the KCB as a research assistant for a doctoral thesis on current jazz singers in Europe, a subject that concerns and fascinates her. 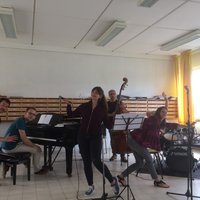